Will cherish 2016 IPL title win with Sunrisers Hyderabad for rest of my life: David Warner

Sunrisers Hyderabad (SRH) captain David Warner said 2016 IPL win was more special as they had won a lot of close games in that season. 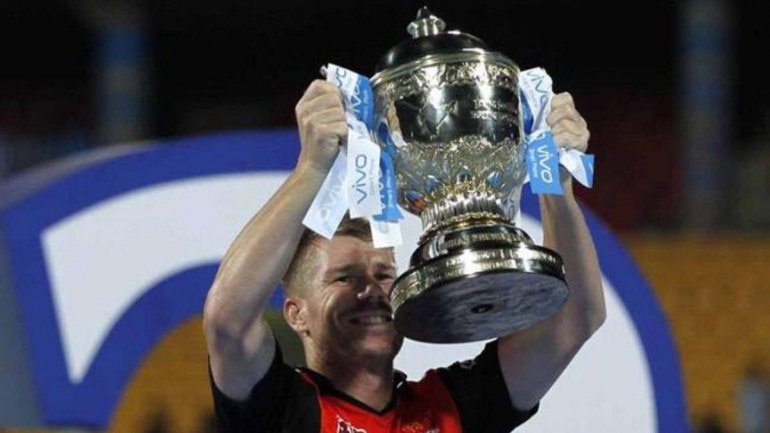 Explosive Australia opener David Warner has rated the 2016 Indian Premier League title triumph with Sunrisers Hyderabad as one of the best memories of his career.

“My IPL favourite memory would be when we won the IPL in 2016. We had a very good tournament the whole way through. The best thing was we won a lot of close games which really built great momentum and great belief within the team.

“It was fantastic. That’s one thing that I will always cherish for the rest of my life. It was a great memory and one of the best,” Warner said in a video message posted by the franchise on its official Twitter handle.

Warner was the captain when Sunrisers won their maiden IPL title in 2016, defeating Royal Challengers Bangalore by eight runs at the M Chinnaswamy Stadium.

“We came up against Bangalore in Bangalore in the finals, we knew how good they were. We knew how well Virat Kohli was going, that year he scored 960 odd runs and was the highest run-scorer. Chris Gayle, AB de Villiers made a great great team,” Warner said.

“For us it was about backing ourselves, our skills. We won the toss and we elected to bat first. Bangalore were good at chasing but we felt as a team our best attribute was defending. We had a great bowling attack led by Buvi and I felt that was the best way forward.

“My heart was in my mouth when they were 1 for 145 or so off 10 overs. They were really flying and then we got a couple of quick big wickets and it lifted our spirits,” he recollected.

The 13th edition of the IPL has been postponed indefinitely because of the COVID-19 pandemic.

Sonali Bendre on E-Conclave: Bright shirts, make-up, my dog Icy helping me get through lockdown