Home » News » Where does India stand against China in Covid-19 battle?

Where does India stand against China in Covid-19 battle?

After successfully containing the epidemic within its borders, China is bracing for a small rise in new infections, while India is still some distance from flattening the curve. 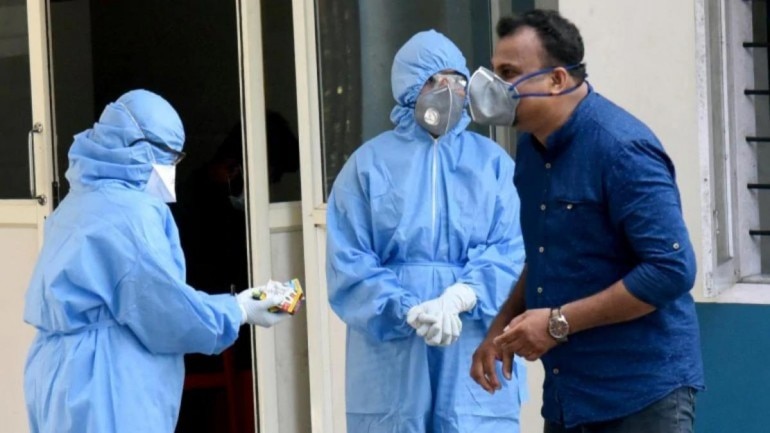 Among the 11 countries with the highest burden of cases at present, India, Russia and Brazil have been registering the highest daily increase. (Photo: PTI)

Over the course of Friday, India will overtake China in terms of the total number of confirmed Covid-19 cases, even though it has had far fewer deaths. After successfully containing the epidemic within its borders, China is bracing for a small rise in new infections, while India is still some distance from flattening the curve.

China announced its first batch of cases to the world on New Year’s Eve after a pneumonia-like outbreak believed to have originated in a wet market in the city of Wuhan in the eastern part of the country. After a steep rise in cases through January, China’s curve flattened by mid-February, and it has been adding new cases in single digits through most of May. And despite having similar number of confirmed cases, India has registered far fewer deaths. However, China has not reported a single death in over two weeks, while India has been reporting around 100 deaths every day for the last two week, raising fears that India’s death toll could soon approach that of China. China’s numbers are overwhelmingly drawn from Hubei province, the epicentre of the pandemic. The city of Wuhan alone saw 50,339 cases and 3,869 deaths. And although Maharashtra has the maximum number of cases in India, it is less than half of what Hubei reported, with just a quarter of deaths compared to the Chinese province.

However, Maharashtra’s numbers keep growing even as Hubei’s have stalled.

Friday’s change in numbers will push India to the 11th position among the worst-affected countries. Iran and Turkey, the two countries with the next highest burden of cases, are now experiencing a slow growth of cases, implying that India could soon overtake them as well.

In fact, among the 11 countries with the highest burden of cases at present, India, Russia and Brazil have been registering the highest daily increase in numbers since May 1, while the growth in cases in Europe and North America has finally slowed down. These three countries are shaping up to be the new global hotspots. 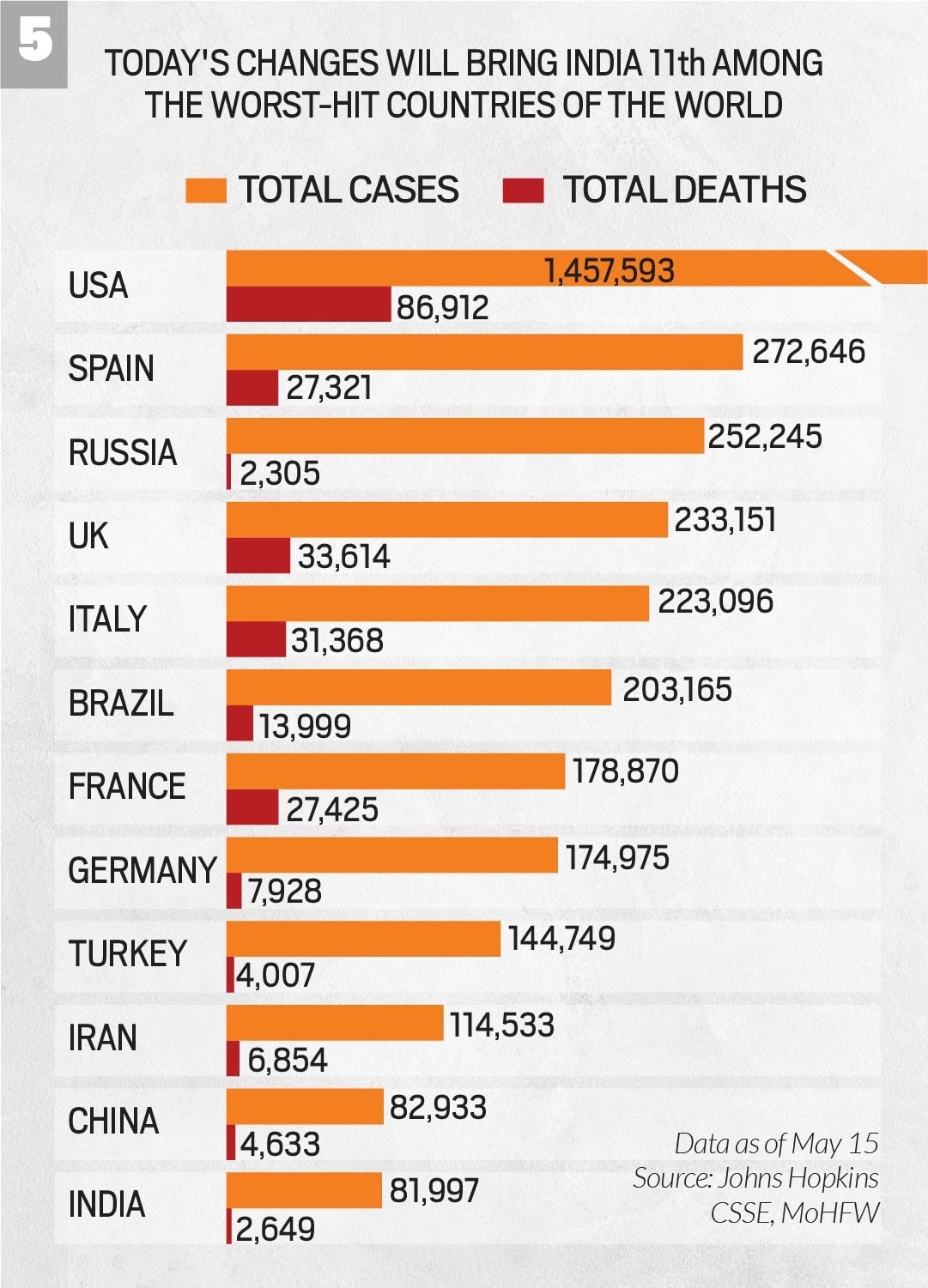