India has announced extension of its Covid-19 lockdown by two more weeks, albeit with some relaxations in green and orange zones. As of May 2 evening, India reported 37,776 cases, 1,223 deaths and 10,018 recoveries.

India Today Data Intelligence Unit (DIU) analysed recovery rates in the most affected states – those having more than 1,000 cases – and found that barring Delhi and Tamil Nadu, the speed of recovery is faster than the speed at which cases are rising. 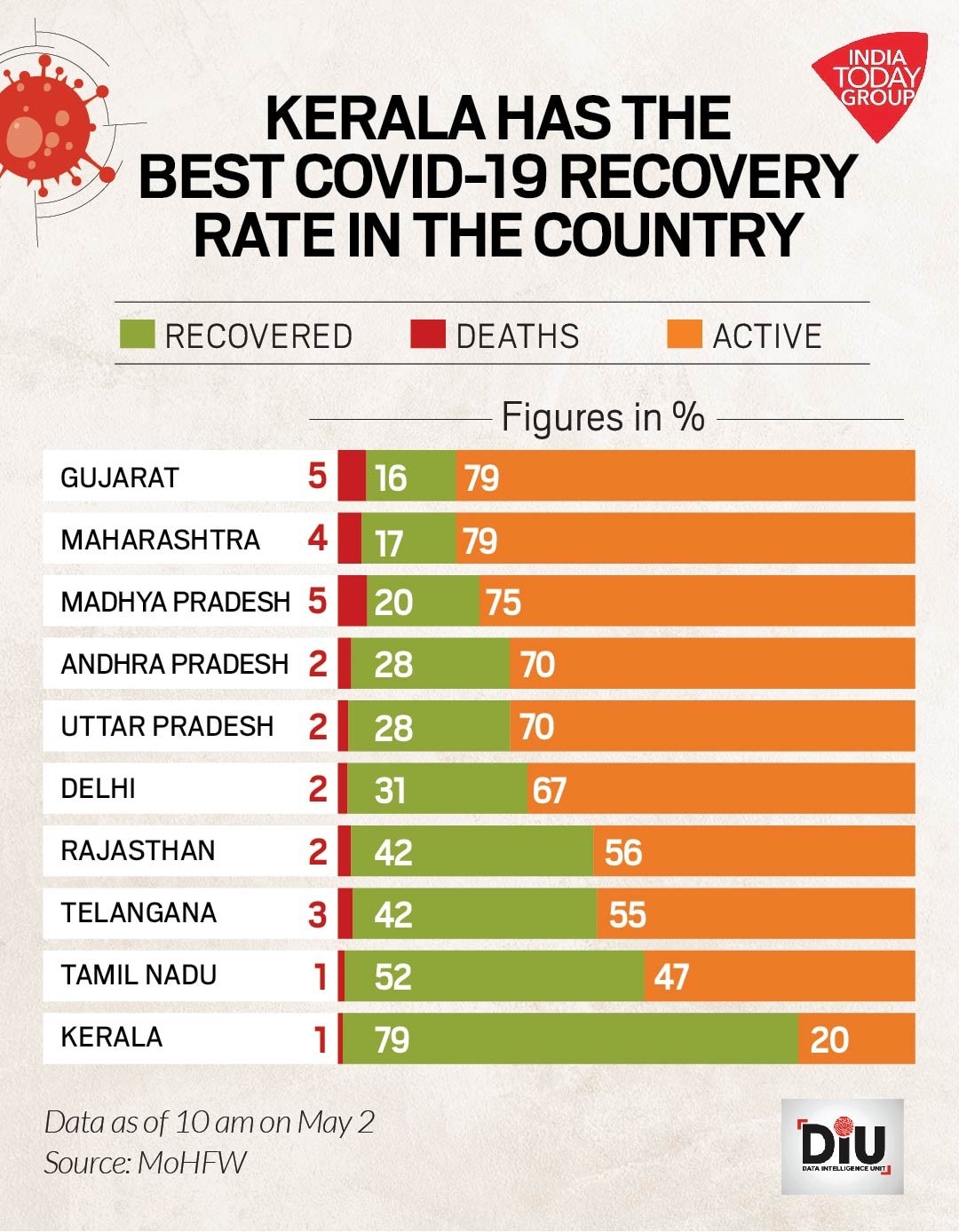 Of the nine states having more than 1,000 cases, Tamil Nadu has the best recovery rate. As of May 2, roughly 52 per cent of the total 2,526 patients in the state have either recovered or been discharged from hospital.

Tamil Nadu is followed by Telangana and Rajasthan where 42 per cent of the patients have recovered. Around 31 per cent have recovered in Delhi and 28 per cent each in Uttar Pradesh and Madhya Pradesh.

In Maharashtra, which has the highest number of coronavirus cases at 11,506, data shows 1,879 or 16 per cent have recovered. Gujarat, which saw a spike in Covid-19 cases recently, has the lowest recovery rate of 15.56 per cent.

Interestingly, Kerala and Maharashtra were among the first states to report coronavirus cases. But Kerala, unlike Maharashtra, managed the situation pretty well. As of May 2, it reported 498 cases, of which 392 or 78 per cent have recovered.

DIU also calculated the time it is taking for recoveries and cases to double and found that barring Delhi and Tamil Nadu, all states with more than 1,000 cases have increased the difference between the two.

However marginal, similar is the story in Tamil Nadu, where coronavirus cases are taking 12.7 days to double and recoveries 13.3 days. In the remaining states, recoveries are taking less time to double than cases.

Telangana is the state where the difference between speed of recoveries and new cases is the highest. In the last one week, Telangana added 66 cases and discharged 161. Thus, while recoveries doubled every nine days, it took cases 64 days to double.

If states manage to keep recovery rates higher than new cases, it is only a matter of time that the deadly coronavirus in controlled in India.

Warm weather draws many out in US, Europe; Russia virus numbers grow

From haircuts to stitching clothes, many go DIY way as lockdown extends