Lyricist-turned-director Pa Vijay’s upcoming film, Methavi, brings together Arjun, Jiiva and Raashi Khanna for the first time. In a quick chat with IndiaToday.in, Vijay opened up about the film. 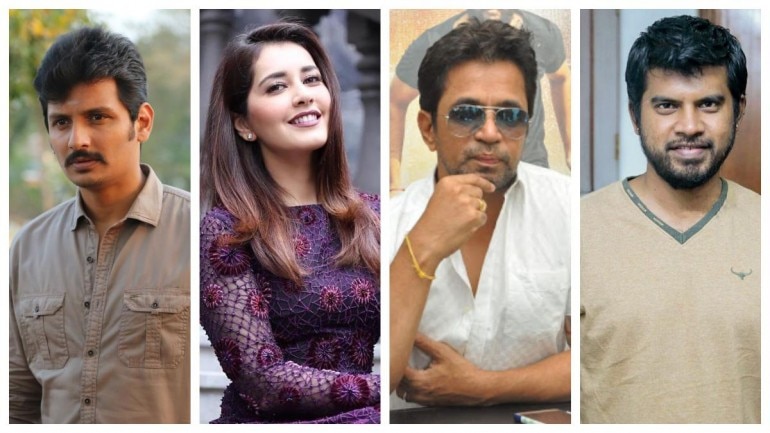 Lyricist-turned-director Pa Vijay is working on his third directorial, Methavi. He has assembled a promising cast for his horror-thriller by roping in actors Arjun, Jiiva and Raashi Khanna. Methavi is produced by Makkal Arasan Pictures’ S Raja.

In a chat with IndiaToday.in, director Pa Vijay spoke about his film in detail. He said, “I thought of this story 6 months ago after I finished Arudhra (his second directorial). Methavi is a horror-thriller and the script work is progressing.”

The filmmaker is thrilled about working with Yuvan Shankar Raja, who is composing the music for the film. “We are starting composing from Monday. Yuvan and I have worked in several films as composer and lyricist. This is the first time he’s composing for my film,” he added.

Pa Vijay also revealed that there is no clarity on the film’s shoot because of the lockdown. “Hopefully, we might start pre-production work in a month. That solely depends on the situation we are in,” he stated.

The filmmaker is all praises for his producer S Raja. He said, “I narrated the story to producer Raja and he was quite impressed with it. In fact, he is a huge pillar of support for me and this film. There is so much positivity around him. He recently helped FEFSI (Film Employees Federation of South India) workers by donating 1,25,000 kgs of rice and it’s a gesture that needs to be appreciated.”

Footballers are not essential workers, front-line workers should have access to tests first: Ben Foster