BJP has announced Rs 10 lakh help to Harishchandra Shrivardhankar, the 26/11 witness, who was spotted lying on a footpath in Mumbai and was later was rescued by a shopowner. Harishchandra Shrivardhankar was found lying on the road by a local shopkeeper.

Harishchandra Shrivardhankar was also tested for coronavirus. His test results have come negative. He has injuries on one of his feet. Maharashtra BJP has assured him that the hospital expense will be taken care of by the saffron party. 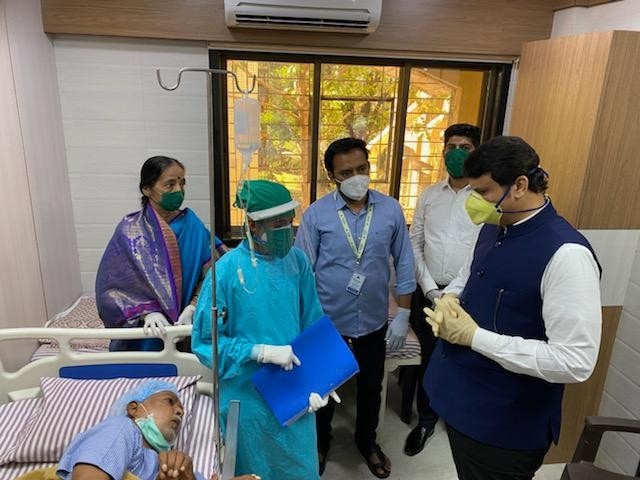 Harishchandra Shrivardhankar had been lying on the road with no food for days when he was spotted by Dean D’Souza, owner of Saath Rasta shop. He was worried about the old man’s survival and decided to help him.

Shrivardhankar had braved a bullet and even hit one of the terrorists with his bag during the 26/11 attacks.

When D’Souza found him on the footpath he was not in a good condition. His friend Gaikwad, who runs an NGO called IMCares for the destitute, traced Shrivardhankar’s family with help from Mumbai Police.