A North Korean media report has claimed that Kim Jong Un has wished the workers who are building the Wonsan-Kalma tourist spot. This comes amid the rumours of his death. 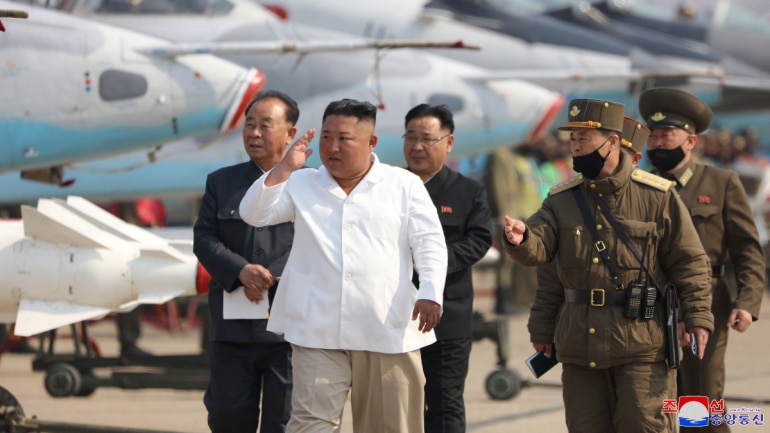 South Korea has also said that Kim Jong Un is alive. (via Reuters)

As rumours of his death continue to create speculation, North Korean leader Kim Jong Un has apparently sent his wishes to workers who are developing a tourist zone in the country.

South Korean media reports have quoted Rodong Sinmun, the main newspaper in North Korea to say that Kim Jon Un has sent his wishes to the workers.

“Supreme Leader Kim Jong-un has sent his appreciation to the workers who devoted themselves to building the Wonsan-Kalma tourist zone,” the Rodong Sinmun, the North’s main newspaper, said.

According to The Korea Herald, the Korean Central Broadcasting Station has also made similar claims about Kim Jong Un wishing the workers. This comes even as rumours of Kim Jong Un’s ill health and supposed death continue to be speculated across the world.

Reports have suggested that Kim Jong Un’s train has been spotted parked at his property in Wonsan, which is located on the east coast of the country.

Satellite images of the train confirmed the news that Kim Jong Un is not in the country capital of Pyongyang.

Speaking to CNN, the South Korean official has said, “Our government position is firm, Kim Jong Un is alive and well. He has been staying in the Wonsan area since April 13. No suspicious movements have so far been detected.”

Talks about his whereabouts have been circulating over the past week since Kim Jong Un skipped the significant event of his grandfather’s birth anniversary on April 15.

Reports suggested Kim Jong Un had undergone a heart procedure and has been unwell ever since while some media reports claimed the North Korean leader has died.

There has been no official comment on his health.