Even as new hotspots emerged in several parts of the United States, many state Governors are facing the heat from the supporters of President Donald Trump to ease the lockdown, imposed in view of the rising cases of coronavirus. This, despite the warnings from experts that moving too fast could prove disastrous for the country.

Recently, some small-government groups and Donald Trump supporters had organised a protest against the stay-at-home orders to control the spread of coronavirus.

In New York City, the epicenter of the deadly pathogen in the United States, the authorities have made it mandatory to wear masks or face coverings in public to contain the spread of the coronavirus. The US has, so far, recorded 732,197 coronavirus positive cases and 38,664 deaths. 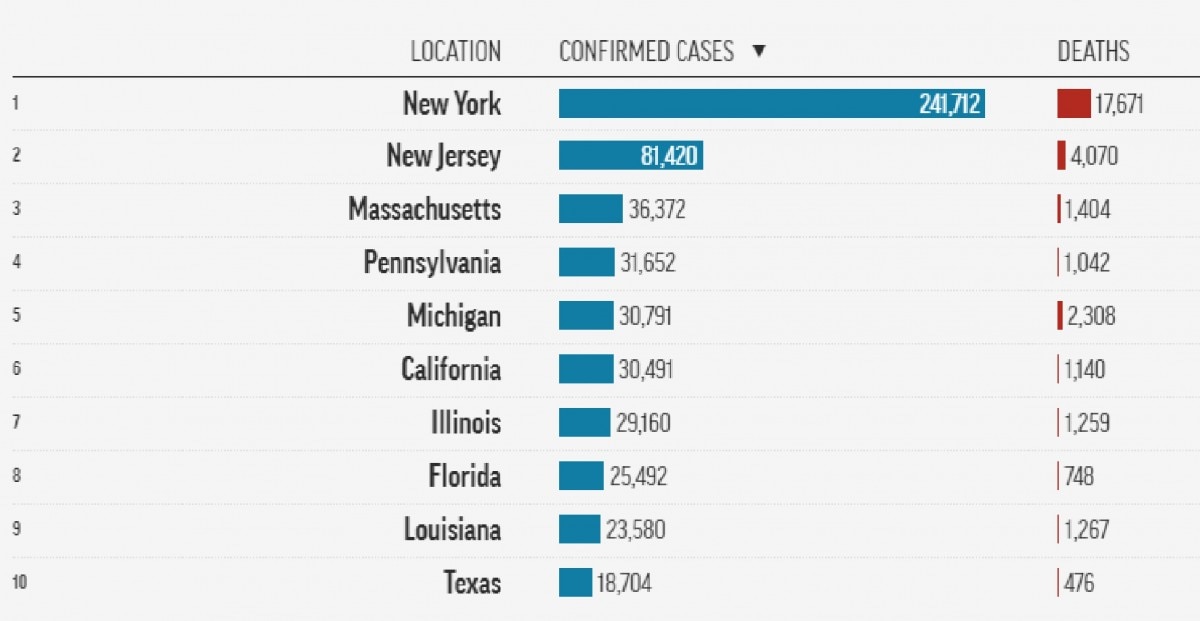 Meanwhile, Spain, which imposed one of the strictest lockdowns in Europe in mid-March, has sought to extend the country’s lockdown by two more weeks. The Covid-19 related deaths in Italy, the country to have recorded the third-highest number of coronavirus cases in the world, reached 159,510 on Saturday with 23,227 deaths, the second-highest in the world.

The coronavirus-related cases in the world has now mounted to 2,317,759 and the deaths at 159,510. As the coronavirus crisis continues to surge, we bring to you some of the top developments from across the globe.

SPAIN LOCKDOWN PROLONGED TILL MAY 9 AS TOLL TOPS 20,000

Spanish Prime Minister Pedro Sanchez on Saturday announced the nationwide coronavirus lockdown would be extended two weeks to May 9, hours after the official death toll passed 20,000. The restrictions currently in place would, however, be loosened slightly to allow children time outside from April 27, said Sanchez.

Until now only adults have been able to leave the house for specific reasons: to go to work, to go shopping for food or medicine, for a medical appointment or to work the dog. 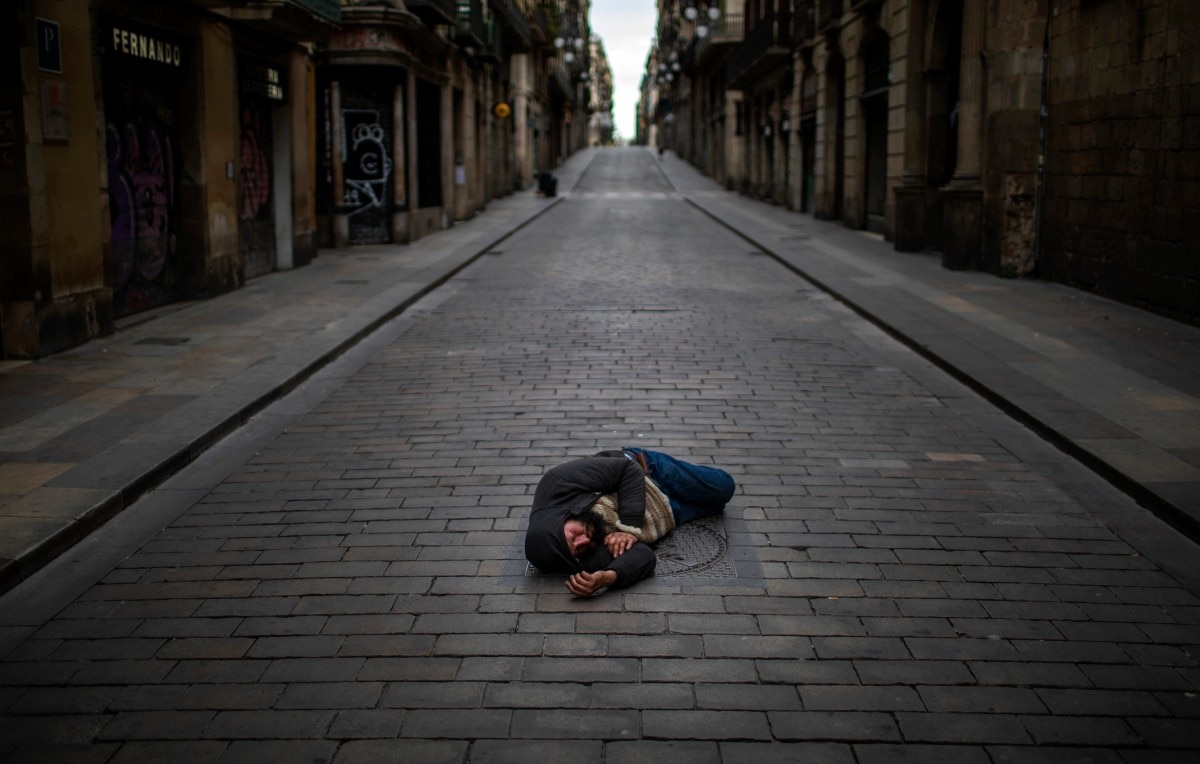 A man sleeps in an empty street in Barcelona. (Photo: AP)

“We have done the hardest part through responsibility and social discipline… we are putting the most extreme moments behind us,” Sanchez said. But Spaniards must not jeopardise the fragile gains made so far with hasty decisions.

Iran allowed some businesses in the capital Tehran to re-open on Saturday as the country’s daily death toll from the new coronavirus fell to 73, its lowest in more than a month.

So-called low-risk businesses – including many shops, factories and workshops – resumed operations in Tehran, a week after re-opening in the rest of the country, state television said.

The re-opening, announced earlier this month, came as official figures showed daily deaths from the new coronavirus fell to 73 on Saturday, the lowest since March 12.

About 20 workers in Afghan President Ashraf Ghani’s palace have tested positive for the coronavirus, two officials told AFP on Saturday, but so far, there is no indication the president himself has been infected.

“Twenty-odd people are infected with COVID-19 in the presidential palace. However, it is (being) kept under wraps to ensure no panic is caused,” one government official said. 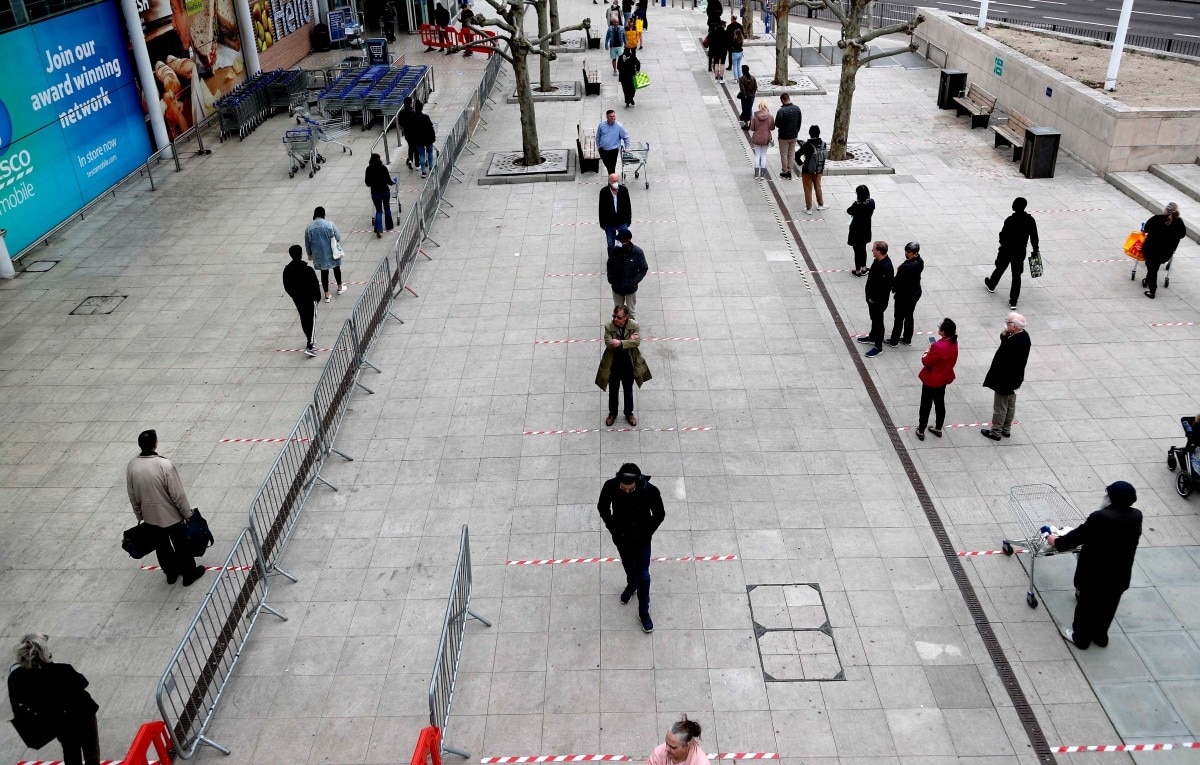 Shoppers queue at a supermarket in London. (Photo: AP)

PAKISTAN LIFTS LIMIT ON MOSQUE CONGREGATIONS AHEAD OF RAMADAN

Pakistan has lifted restrictions on congregational prayers at mosques, but put in place a host of safety conditions to avert the further spread of the coronavirus in the country, a statement said on Saturday.

Pakistan imposed the restrictions less than a month ago, allowing only three to five people at mosques for prayers.

The decision to lift restrictions, taken in a meeting between Pakistani President Arif Alvi and religious leaders, comes less than a week before the Muslim holy month of Ramadan, in which the size of congregations typically increases. 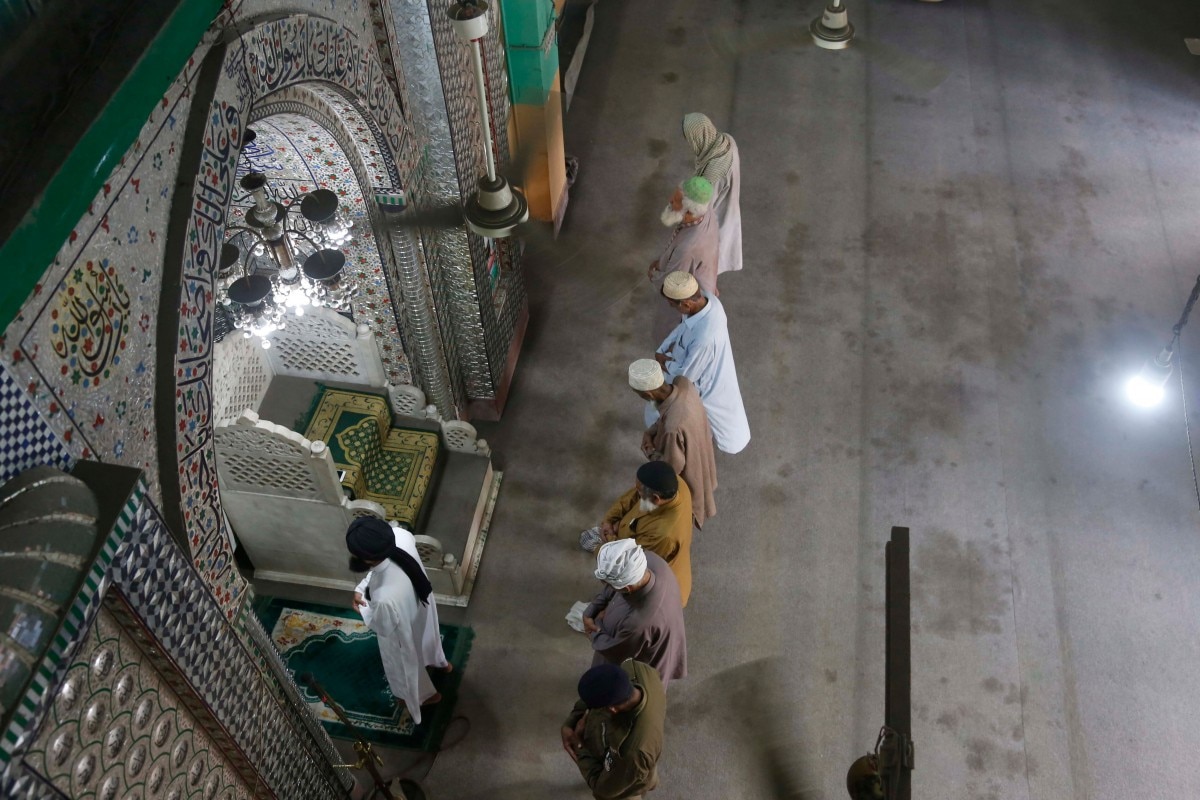 Tens of thousands of people defied a nationwide coronavirus lockdown in Bangladesh on Saturday to attend the funeral of a top Islamic preacher, even as authorities battle a surge in virus cases.

Police had agreed with the family of Jubayer Ahmad Ansari, that only 50 people would attend the funeral in the eastern town of Sarail because of the risk of spreading the disease.

But local police chief Shahadat Hossain said officers were helpless to stop the crowds who came to honour the 55-year-old popular preacher and seminary head, who died on Friday.

(With inputs from Reuters, Associated Press and AFP)

Coronavirus: Over 1,600 wedding ceremonies postponed in Lucknow amid lockdown