The restrictions currently in place would however be loosened slightly to allow children time outside from April 27. 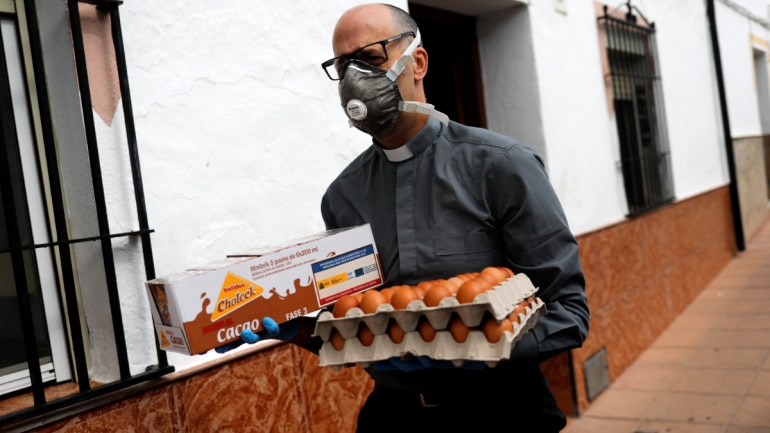 Spanish Prime Minister Pedro Sanchez on Saturday announced the nationwide coronavirus lockdown would be extended two weeks to May 9, hours after the official death toll passed 20,000.

“We have done the hardest part through responsibility and social discipline… we are putting the most extreme moments behind us,” Sanchez said. But Spaniards must not jeopardise the fragile gains made so far with hasty decisions.

The restrictions currently in place would however be loosened slightly to allow children time outside from April 27, said Sanchez.

Until now only adults have been able to leave the house for specific reasons: to go to work, to go shopping for food or medicine, for a medical appointment or to walk the dog.

But there were growing calls to let children outside, as is permitted in most other countries observing a lockdown.

Spain, which has been under confinement since March 14, has recorded 20,043 deaths from the virus, the latest health ministry figures showed — the third-highest official toll after the United States and Italy.

Health officials nevertheless say Spain has passed the peak of the COVID-19 outbreak which killed up to 950 people a day on April 2, and pressure is slowly easing on hospitals.

The increase in infections has slowed and the latest daily death toll was 565 people, down from the figure on Friday. The number of people registered as cured has risen to nearly 75,000.

But with almost 200,000 reported cases of the virus, Sanchez warned the country that an end to one of Europe’s toughest confinements would be “prudent and progressive”.

And he warned: “If necessary, we will reinforce protective measures again.”