The Coimbatore Police arrested an ambulance driver for allegedly calling two Manipuri women as “corona spreaders”. The driver refused to apologise to women and continued to target girls from the North East. 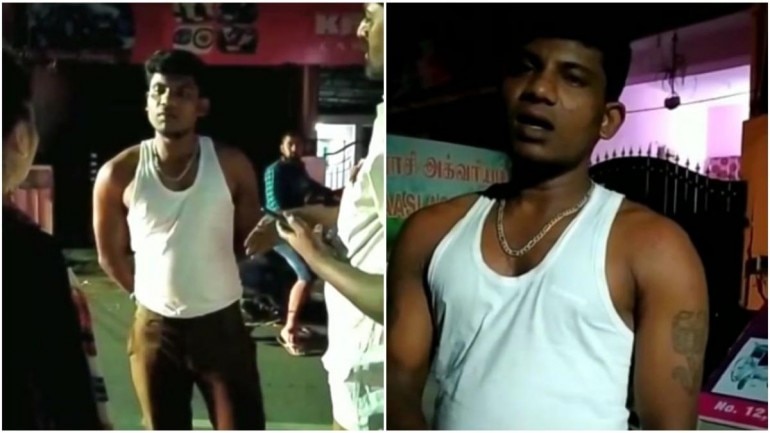 The women recorded the entire episode of harassment on video. (Screengrab of video accessed by India Today)

A 27-year-old ambulance driver has been arrested by the Coimbatore police for harassing two women from Manipur and making racist comments. The two Manipuri women, in their early 20s, have been working as beauticians in Coimbatore and since the lockdown began the two have been stuck in their rented apartment. On Sunday night, when the two women stepped out to buy essentials they were subjected to one of their worst nightmares.

They were stopped by the accused, who started asking them why they had come to Coimbatore to spread coronavirus.

“He started abusing us in Tamil and even called us ‘corona spreaders’,” said one of the woman. She added that they tried clarifying to the man that they were not from China but from Northeast India to no avail.

The victims captured the incident on their phone and the video is now going viral.

In the video, a man even tries to persuade the accused to drop the argument as the girls demand an apology.

However, the footage shows the ambulance driver even try to hit the woman recording the incident.

Throughout the video, he remains unapologetic about his behaviour even as the women insist on an apology.

“He abused us and tried to push my friend. I managed to record the incident on my mobile camera and asked him to apologize. He refused,” said one of the victims.

The woman later forwarded the video to Gracy Khomgsai, the general secretary of Kuki Students Organisations (KSO) for Coimbatore, and then approached city police officials. Further, on the advice of the police, the women filed a complaint.

Based on the complaint, the 27-year-old man, a native of Theni district was arrested.

The police have booked him under Sections 74 (i) (c) of the Tamil Nadu City Police Act and Section 506 (i) (criminal intimidation) of the Indian Penal Code and Section 4 of Tamil Nadu Prohibition of Harassment of Women (TNPHW) Act.