Home » News » Brother, is it you? Mohammad Amir questions Virat Kohli after spotting his lookalike in ‘Dirilis Ertugrul Ghazi’

Brother, is it you? Mohammad Amir questions Virat Kohli after spotting his lookalike in ‘Dirilis Ertugrul Ghazi’ 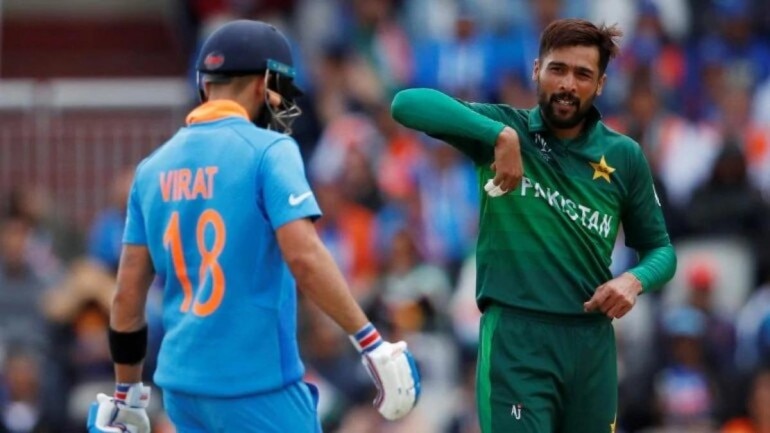 Amir and Kohli are fierce rivals on the field (Reuters)

Fierce rivals on the field, Pakistan pacer Mohammad Amir and India skipper Virat Kohli share a lot of mutual respect for each other. Mohammad Amir, like all other sportspersons, has been living in quarantine due to the coronavirus forced lockdown and passing his time by watching TV series and spending time with his family.

Amir came across with Virat Kohli’s doppelganger while watching a Turkish TV series ‘Dirilis Ertugrul Ghazi’ amid the ongoing coronavirus crisis. Amir then jokingly asked Virat Kohli if he was an actor in the popular Turkish drama Dirilis: Ertugrul.

Amir took to his official Twitter handle to make the comparison as he posted an image of the lookalike and tweeted “@imVkohli, brother is it you m confused.”

@imVkohli brother is it you m confused pic.twitter.com/kbwn31yjT6

The Turkish drama is based on the heroic story of Ertugrul Ghazi, the father of Osman (Uthman) who founded the Ottoman Empire. The TV series consists of five seasons with as many as 448 episodes for the viewers to watch.

Amir has had a fierce rivalry with Kohli with the duo engaging in a number of intense battles on the field whenever they have come up against each other. Whether it was Amir’s testing spell to Kohli during the Asia Cup 2016 or his amazing over to the India captain in the final of the Champions Trophy 2017, the image of Amir vs Kohli always makes one sit up and take notice. However, being fierce rivals on the field hasn’t diminished the respect they share for each other off it.

Amir, who has 259 wickets for Pakistan across all formats, retired from Tests in July 2019 but has been omitted from PCB’s Category C list for limited-overs players.