Boxing great Evander Holyfield posted a training video on social media, also confirming his return to the boxing ring after officially retiring from professional boxing in 2014. 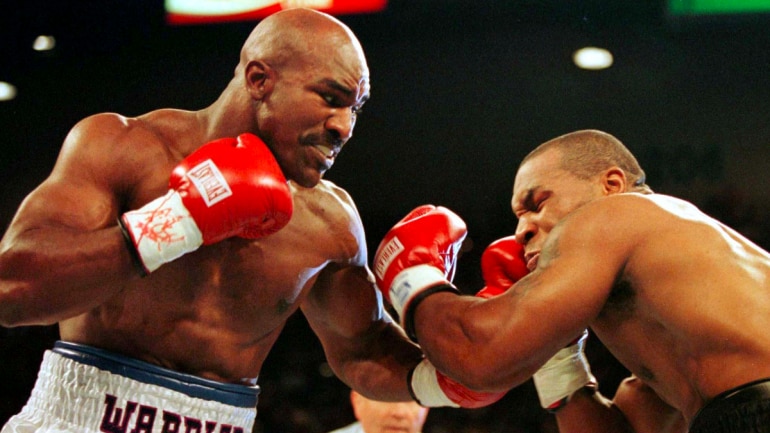 Former heavyweight champion Evander Holyfield has released a training video on Twitter, fuelling speculation that he could come out of retirement to face one-time rival Mike Tyson in the ring.

Tyson, the first heavyweight to hold the WBA, WBC and IBF titles, has released several training videos of his own in recent weeks, with the most recent on Monday ending with the message, “I’m back”.

The 53-year-old Tyson fought two epic bouts with the 57-year-old Holyfield during their professional careers, including their controversial 1997 encounter in which Tyson bit off a chunk of Holyfield’s ear.

“My first week back in the gym and I feel great,” Holyfield, the only four-time heavyweight champion in boxing history, said on Twitter here “I’m looking forward to stepping up my training sessions and intensity as I prepare for my fight.”

Holyfield had announced his return to the ring for a charity bout on Instagram last week. Holyfield retired from professional boxing in 2014 after a career record of 44 wins, 10 losses and 2 draws.

“I’d like to announce that I will be making a comeback to the ring,” he said. “I’m training to promote a charity that’s very close to me.

“Our #Unite4OurFight campaign aims to fill the void the pandemic has created on access to resources our youth needs for emotional development and education.”

Tyson retired after a loss to Kevin McBride in 2005, while Holyfield called time on his career nine years later.

If they do return, they will be following in the footsteps of Floyd Mayweather Jr and Manny Pacquiao in coming out of retirement for an exhibition fight.