As floods continue to ravage Assam, more than 2.71 lakh people in 11 districts of Assam have been affected and one person has drowned in the first spate of flood. This comes at a time when people are already affected due to the Covid-19 pandemic and national lockdown.

The floods have only worsened in Assam, here’s all you need to know about the current situation:

According to the Assam State Disaster Management Authority (ASDMA), one person drowned in flood waters at Rongia in Kamrup district.

A total of 2,71,655 people of 321 villages in 21 revenue circles of Dhemaji, Lakhimpur, Nagaon, Hojai, Darrang, Barpeta, Nalbari, Goalpara, West Karbi Anglong, Dibrugarh and Tinsukia district have been affected by floods.

Over 2.15 lakh people have been affected alone in Goalpara district followed by 22,332 people in Nalbari district.

Nearly 16,700 flood-affected people have taken shelter at 57 relief camps set up by the district administration. The water levels of Brahmaputra river at Neamatighat in Jorhat district, Jia Bharali river in Sonitpur district and Puthimari river in Kamrup district are flowing above the danger-level mark.

A total of 2,678 hectares crop area has been submerged by flood waters and nearly 28,300 domestic animals and 9,350 poultry affected.

The Assam CM instructed the veterinary department to provide cattle feed to the domestic animals in the flood affected areas and also provide food to the wild animals in Kaziranga National Park and other such flood affected wildlife sanctuaries.

On Tuesday, portions of eight embankments, several roads, bridges, culverts have been damaged by the flood waters of Brahmaputra river and its tributaries in many places of the state.

Directing the PWD to take steps for repairing 157 roads damaged by floods in 8 districts, Assam Chief Minister Sarbananda Sonowal instructed the water resources department to keep a stock of materials such as RCC porcupine, bamboo, sand bags, etc. in all districts for taking immediate measures to safeguard the areas affected by erosion.

He also asked the officials of water resources department to go to the public and make them aware about delay in construction of embankments due to lockdown and heavy rainfall in the month of May. Assam Chief Minister Sarbananda Sonowal on Tuesday directed all district administration for ensuring all Covid-19 protocols like social distancing, hand washing, wearing of masks etc. at the flood relief camps so that community spread of Covid-19 cases can be contained during the flood season.

Reviewing the current flood situation in the state with the officials of Assam State Disaster Management Authority and top officials of various other departments at Assam Administrative Staff College in Guwahati, the Assam CM directed the Deputy Commissioners of all districts to keep soap and water for hand washing, masks for people while properly sanitising the flood relief camps and to ensure that no irregularities take place while distributing relief materials.

The Assam CM also issued directions for releasing of ex-gratia within 48 hours by district administration for those losing life in floods. 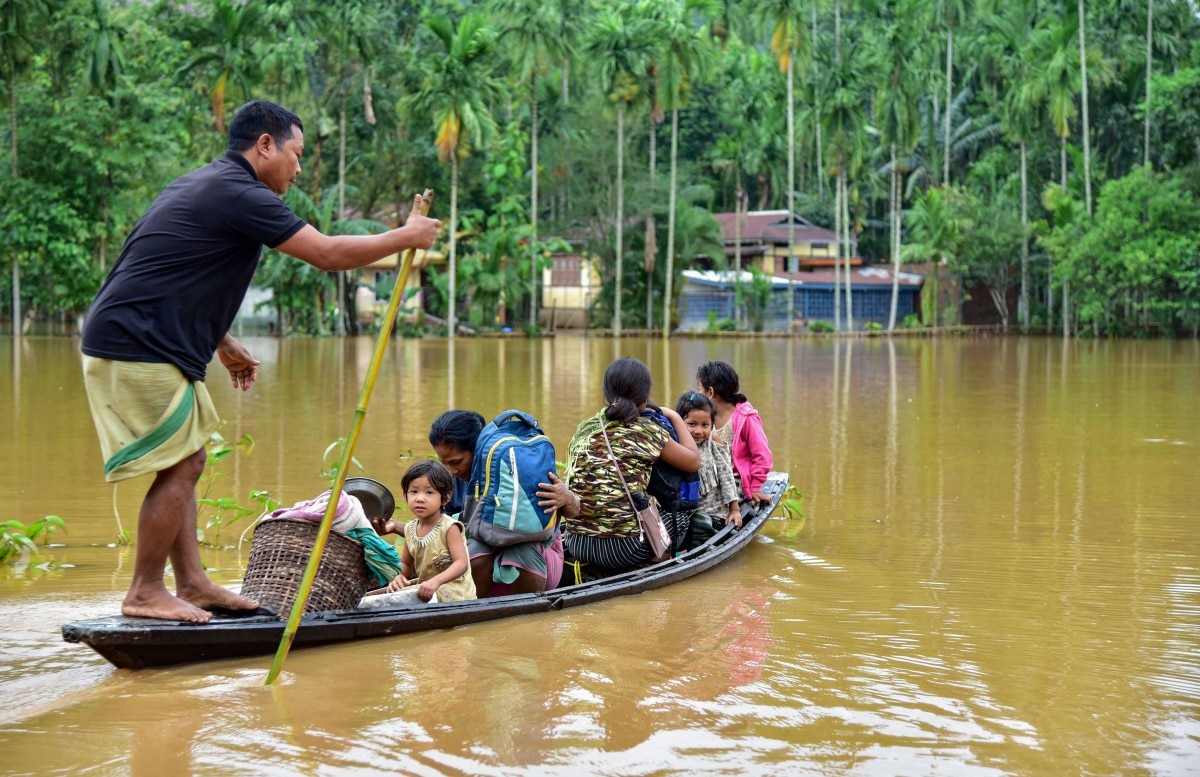 Sonowal instructed the DCs to regularly review the relief distribution system so that accountability can be fixed if any irregularity takes place.

He also stressed on the need to keep an information board in all relief camps showing details of how much relief material has been received by every individual.

8. Power to be cut in submerged areas

The Assam Chief Minister has directed the power department to cut off power in all those transformers submerged in floods so that no case of electrocution takes place during floods.

On being apprised about the LEWS advanced lightning warning system of ASDMA which can give a warning of impending lightning before 45 minutes, Sonowal instructed the department to use the system to reduce number of casualties in the state because of lightning.

Sonowal directed the ASDMA officials to disseminate information through advertisements in various media about the do’s and don’ts during floods, lightning, storm etc.

He also directed the Inland Water department to take precautionary measures to avoid boat mishaps during the rainy season and strictly enforce wearing of masks by crews and the passengers of ferries and the boats. During the meeting Sonowal was apprised that an amount of Rs 386 crore has been released by central government as the first instalment this year to State Disaster Relief Fund (SDRF) and he emphasised proper utilisation of the fund for providing succour to those affected by flood in the state.